A Date with Lyubov… Conversation of Two Artists 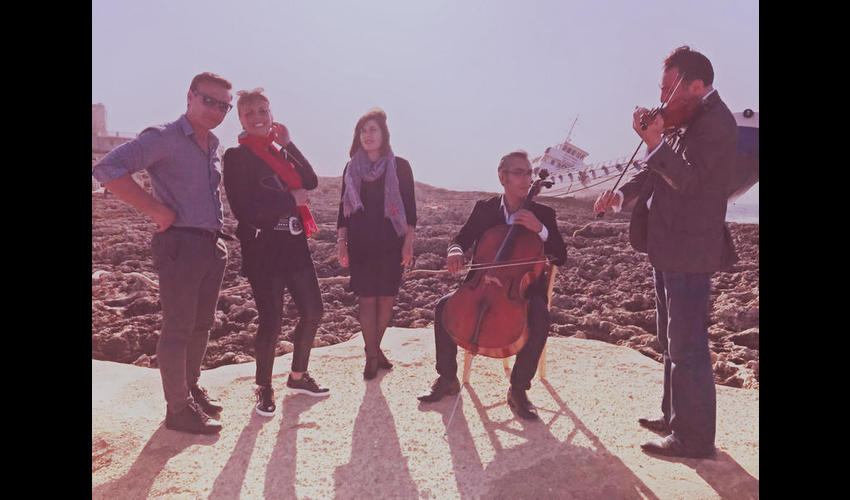 Many exciting events happened at VI Malta International Music Festival. Their succession was presenting itself in different formats and patterns, like fantastic reflections of a kaleidoscope, but in this case it was a musical kaleidoscope: from substantive meetings with artists at press-conferences to rounds of the piano competition, from exclusive creative conversations with musicians and unique photo exhibitions to various concerts that can satisfy the most fastidious taste…

We decided to show Malta in all its beauty! Especially we wanted to show what it experienced throughout these three weeks. Because every second of the life of every tiny corner of this beautiful island was filled with musical topics. 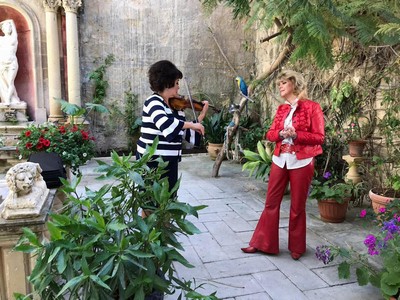 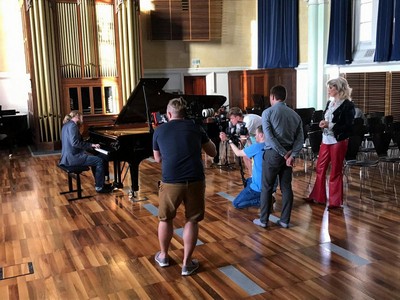 Practically every day the real stars of musical art were radiating their phenomenal light in the sky of the Malta festival!

All this grandeur will be depicted in a film series consisting of 20 episodes, where the famous Russian singer Lyuba Kazarnovskaya plays the roles of both the author and the host. We were lucky to speak with the artist during preparation of one of the episodes.

– Lyubov Yurievna, what makes the series of programmes, which are being filmed here at the Malta International Music Festival, unique among other films in this genre?

– From the very beginning this series was planned as a conversation of two Artists. In each episode I am not only the presenter who asks questions, I also try to “work-out” and discover the inner core of my counterpart. Two peers can discuss absolutely any topic, from professional issues, related to interpretation or stylistic characteristics of performing, to a discussion of important life principles, difficult situations they experienced, and some personal aspects as well.

– Could you share with us what you heard from celebrities?

– All conversations turned out to be very extensive with a whole bunch of multi-faceted questions, and everybody unfolded like a real Personality and a Performer at this stage in life.

We discussed with Maxim Vengerov that difficult period in his career, when he had been sick and tired of everything, at that point he changed his image completely, dyed his hair and as such went to Rostropovich.

We had a very sincere conversation with Maestro Accardo. We touched upon the image of genius Paganini. The famous violinist shared his ideas about whom he considered a real genius of the violin art; he told me how he was assisting during production of the famous film Stradivari with magnificent Anthony Quinn, and how difficult it was to explain to the actor how to pretend playing the violin so that the fingers move in tune with the sound.

With many heroes we discussed some very sensitive aspects, without being nosy I asked some personal questions: about the family, wives and children, about what is important for them today, how they perceive themselves in this world and the world of art.

– Did you discuss impressions from this festival?

– Certainly. The musicians expressed their opinion about concerts and shared what they think about the contemporary style and level of performing, what concerts touched them, what they liked and what they did not like. The range of questions was enormous, colossal.

– Great amounts of the most interesting material, but the film has its format.

– It is a pity, but most likely, we will have to cut the accumulated material very ruthlessly.

– The “action” in each episode takes place every time in a new historical place or natural landscape of Malta. Whose idea was that?

– For a long time our crew studied historical, cultural and natural sights of the island. From morning till night we were travelling and choosing beautiful spots, because we wanted to create this special informal atmosphere.

One episode was recorded by the sea, with an old stranded ship in the background, an absolute
Flying Dutchman!

There is a certain difference between an interview videotaped in some closed and even very spectacular rooms (as it is usually done) and when you talk with a musician against the background of magnificent nature and those amazing buildings. We decided to show Malta in all its beauty! Especially we wanted to show what it experienced throughout these three weeks. Because every second of the life of every tiny corner of this beautiful island was filled with musical topics.

– Probably, these films will appeal not only to musicians, but to keen travelers as well.

– It will be interesting in all senses, because the viewers will be definitely attracted by all this beauty, the spirit of Malta itself, its unique palaces and squares. One episode was recorded by the sea, with an old stranded ship in the background, an absolute Flying Dutchman!

When we were shooting Andreas Ottensamer in a totally fabulous place, we decided to go in a boat along grottoes. But we were out of luck because of the storm and we had an interview standing at the edge of a fantastic cliff!

Every new episode will be telling not only about some details of the character of a thinking artist and musician, it will inspire and surprise every viewer with the natural and historical scenery. 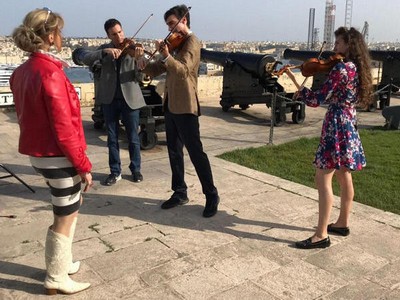 – Musicians were playing to the sound of the sea waves crashing… Are you going to record sound again in the studio?

– No, we are going to use the live sound, which was recorded in the place where each musician was playing. Ray Chen, David Aaron Carpenter, Aiman Musakhodzhaeva, Khachaturian trio… Actually, we had not a trio, but a duet, as it was impossible to fix a piano on the jagged rocks.

It will be the sound filled with air, wind and the amazing beauty of Malta. We will also show fragments of concerts by the same artists at the Malta festival.

– During shooting an episode with Ray Chen, he lovingly was protecting the violin from the sun with his body…

– Actually, all musicians were worried about their instruments. Narek Hakhnazaryan also was protecting his cello from the wind and the sun. Everybody treasures their excellent instruments, several artists have really unique instruments made in the eighteenth century, and, of course, the varnish can be badly affected by the sun, sea salt in the air, and high humidity. 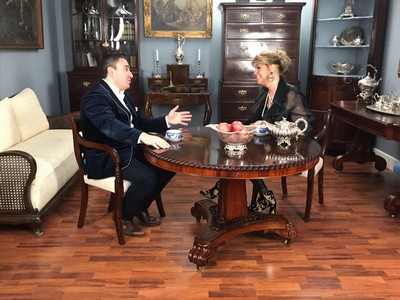 Every new episode will be telling not only about some details of the character of a thinking artist and musician, it will inspire and surprise every viewer with the natural and historical scenery.

– But despite all this, the musicians agreed to do it?

– With no exception, because the shooting was really fabulous! A musician performing in the open air – it is always a great picture. Once my husband Robert and I saw Anne-Sophie Mutter filmed with her Stradivari in Salzburg. It was happening right outside: a drone was flying around and they were recording a live sound; in the end it was something unbelievable! It was like a 3D image!

– Can you say a couple of words about your film crew?

– The film crew is very serious and with great experience; the guys know how to shoot in the open air. This will be an unusual series, and I am sure that viewers will really enjoy it!

– Does the series have a title?

– Of course – “A Date with Lyubov” (lyubov means love in Russian)…

Only if you love your profession and everything you do, you can take a risk and bring a Stradivari or Guarneri into the sun and play for a multimillion television audience.

Фестиваль Science in the City