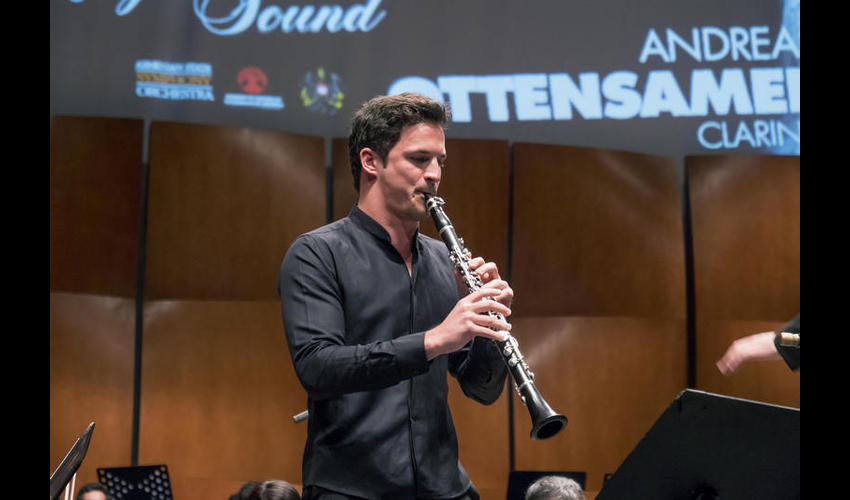 VI Malta International Music Festival in Valetta, the European Capital of Culture, is over.

And finally, Andreas Ottensamer – übersolist, the principal clarinetist of the Berlin Philharmonic, came upon the stage. Ottensamer, an Austro-Hungarian with the looks of a top model, the favourite of Calvin Klein, is very handsome and attractive; however, as soon as he touched his instrument, all this receded into the background and we all began listening with rapt attention. The fascinating musician was performing Verdiana by the Maltese composer Alexey Shor, having proven again that his manner of connecting sounds is characterized by strong vocal intonations, whose full sound remains audible even in the quietest dynamics.

At this point it should be noted that if in the Images from the Great Siege Shor appears in a fresh role of a composer of battle scenes, in Verdiana he is the author of a fantasy with operatic themes, very witty and spectacular, as if following the logic of a theatre performance. This language is amazingly attractive and irresistible, as the musical memory constantly identifies familiar tunes and marvels their ingenious transformations (the composer decided to combine music by Verdi with the Latin American context by adding features of samba, bosa nova, and tango). The familiar and the unfamiliar are attracted and bounced off from each other, they even transform into a cohesive unity, still remaining in different dimensions. Herein lies the skillful technique of Alexey Shor, his mastery is in the synthesis and analysis of reflected and repeatedly reflected objects, which find their way into the consciousness so outlandishly, that this game takes your breath away.

For some subtle and probably picturesque reasons, Alexey Shor usually attaches titles to his compositions: some of them immerse deeply into the classical territory, for example, Schubertango (performed twice during the festival, by the Cosmopolitan Trio Vienna and the Khachaturian trio) or today’s Verdiana. The transformed melodies from Un ballo in maschera and the wittiest variations of the Duke of Mantua’s aria about women who are “fickle like a feather in the wind” (La donna è mobile) were performed by Andreas Ottensamer and the orchestra intriguingly, generously, and like one musical organism. On top of it, the amazing technique of the clarinetist was surprising, as he was performing even the longest melodic monologues in one breath.

In the Gershwin piece performed as an encore – the clarinetists’ response to the famous glissando from the Rhapsody in Blue – Andreas started an amusing exchange with a colleague from the orchestra: they both somehow played the blues vibrato, as if the clarinet had suddenly transformed into the saxophone. The first prelude of the first classic of American music, who became its main hope and supporting pillar, sounded esthetically powerful and it was full of that “melancholy passion”, which jazz fans of the beginning of the twentieth century were longing for. The rounded sound of Ottensamer easily fit into the elusive swerves and skipping rhythms, reminding about the legendary jazz arpeggio of Benny Goodman, and the orchestra accompanied him as a reliable storyteller.

It could be not by chance that Gershwin was performed after Shor, because in both cases we speak about composers whose history started in the Russian Empire and now develops all over the world; they are self-made men who fell in love with music, their melodies fascinate audiences on both sides of the Atlantic, and musicians of different levels are happy to perform their tunes. These composers are able to speak with the audience in their own dialect and have a good command of both popular language and legacy of their predecessors; with no effort they combine highbrow music with the right amount of a sunny disposition and any music genres, whether it is bosa nova or tango. 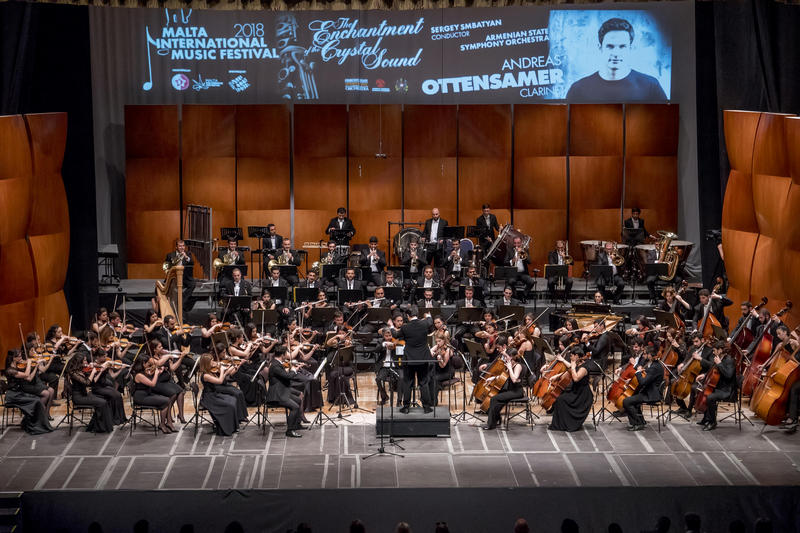 There are several reasons why Prokofiev’s response to the saddest tale by Shakespeare – fragments from Romeo and Juliet Suite – was included into the programme of the final concert. The main reason is the young age of the musicians from the Armenian State Symphony Orchestra; it highlighted the feelings of two young lovers from Verona. Who else but they are able to feel the power of young love and passion, who else but they can be dismayed by parents’ insensitivity  – because the generation gap is eternal and never changing, whether we look at the quarelling families of Verona or the Capulets and the Montagues around us. The performance by the orchestra was natural and captivating: the music by Prokofiev, presented in a symphonic volume to the last note, as if moved to the here and now, telling a virtuous tale of love in the twenty-first century.

The next part of the concert made us and the orchestra plunge away from the logic of pure reason: when we were listening to the excellent performance of Chaconne in memoria Giovanni Paolo II by Krzysztof Penderecki (by the way, in the presence of the author and his wife Elżbieta), we were partly rising from the sinful land to the Utopian height. Penderecki’s world of sounds was fantastically credible – the hymn in praise of beautification of the Pope, who used to write poetry, sing, play as a young man in an amateur theatre and who had left to the world numerous passages about love, became a logical continuation of the programme, leaving aside any sad associations (especially, if we take into account that Chaconne for string orchestra is the last part of the Polish Requiem finished in 2005).

And now about the culmination of VI Malta International Music Festival. Having discussed something, Andreas Ottensamer and Sergey Smbatyan left the stage and the orchestra burst into Lezginka from the Gayane ballet, a real impetuous national dance radiating the energy of the Armenian soul. The audience was absorbing the fast moving playful music, becoming infected with an irrepressible zest for life from Khachaturian’s music and the performers, having forgotten that the orchestra was playing (for the first time in twenty days) without a conductor. And this lovely prank together with the fervent shamanism demonstrated once again the mastery of young musicians from the Armenian State Symphony Orchestra.

Drawing conclusions, it is necessary to say that there is good reason why Alexey Shor was selected the resident composer of the festival: Malta has received a musician whose melodies will become part of the local lingo. The same is true about the Armenian State Symphony Orchestra under the direction of the young genius and real musical strategist Sergey Smbatyan, who kept surprising us practically every evening by his exceptional understanding of scores of all times and places, as well as his incomprehensible ability to fit into any musical plot.

Well, to be continued. 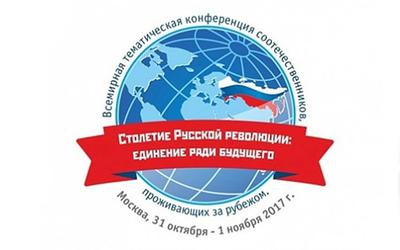 Pascal Chamassian, Artistic director of Araxe, the Armenian ensemble of the Union of Armenian Youth of France: “Araxe ensemble – Ambassador of Armenian culture in Europe – will return to Malta” 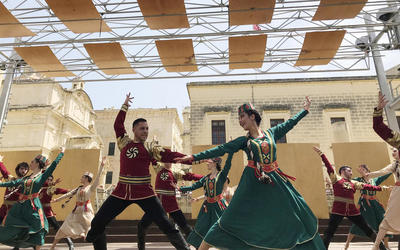 Malta hosted the Armenian Cultural Days from April 18 to 30. The event was organized by the European Foundation for the Support of Culture endorsed by the Ministry for Justice, Culture and Local Government of Malta, the Culture Ministry of Armenia, Arts Council Malta and the Valletta-2018 Foundation. 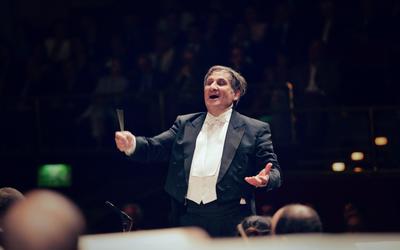 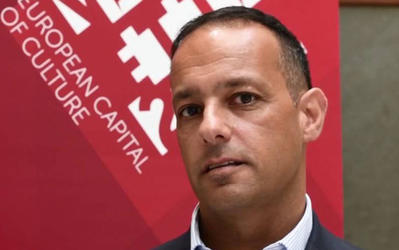 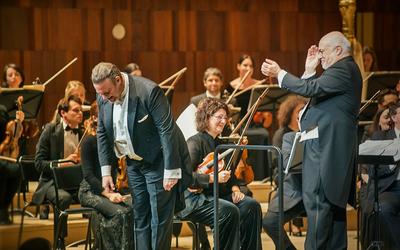 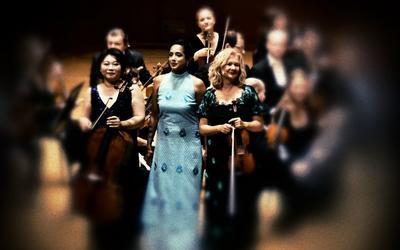