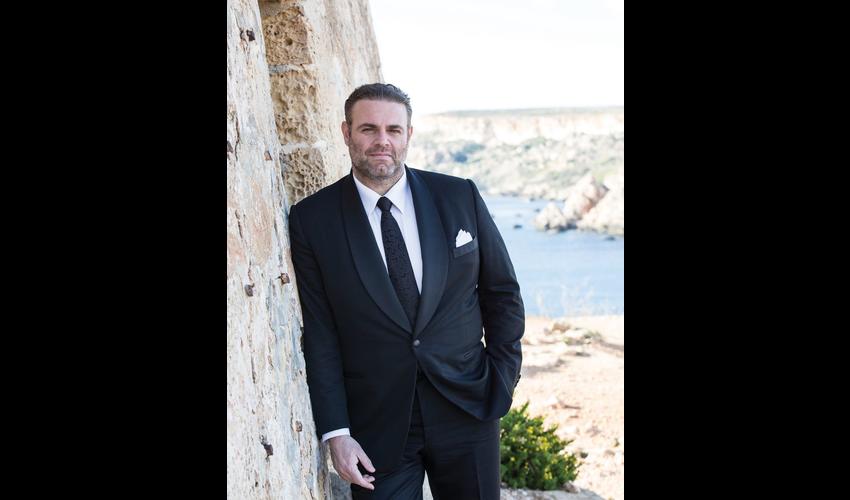 Malta’s greatest tenor on his more–than–opera music experiences, cultural life in Malta at present and his interest to the Russian language.

It is always a thrilling experience to interview a world class star… However, with Joseph Calleja it soon becomes a pleasurable dialogue: Malta’s beloved singer’s charisma reaches me from as far as New York where he performs Bellini’s Norma in the Metropolitan opera.

– Your choice of career is quite untypical for Malta where the most desired occupations for men seem to be a lawyer or a specialist in the financial sector… However, do you think it was your choice or – you were destined to sing?

– The word “destined” sounds big but it is a correct one. I always loved music and when I was told that I have enough voice to do this career I never looked back. I live a good life, hard but definitely worth it. I would not change anything as it is so diverse…

I am a big fan of Russian tradition and Russian school, be it instrumental, or in conducting, or in ballet

– In one of your earlier interviews you were recalling an incident happened during your teenage years, when you took part in Rigoletto and right in the middle of the performance a veteran singer took off his mask, looked straight at you and said, “Bella voce – devi studiare.” (“Beautiful voice – you have to study”)…

– Yes, it happened exactly that way. The name of the singer was Giorgio Trevia. It happened in Manoel theatre and I was about 15 or 16.

– Was this very moment a turning point for your future career?

– At that time I was still very young and have not even met my teacher, singing was my hobby. I started studying musical theory and piano in order to understand music better. My piano teacher then introduced me to my teacher who has discovered something special in me and advised to work further.

– Every person, especially artistic, needs to be supported in life, at least morally. Did your family back you?

– I was blessed with two parents who have not stood in my way and actually helped me the best they could. I didn’t need financial help as such because I was awarded with scholarships. Besides, at 19 I started working. I was lucky to have parents who did not impose their ideas of what I should do. Good parents should guide but should never impose anything on their children.

– Is it true that you used to sing in a rock band?

– Yes, why not? (laughs). You may know Konrad Pule of the rock group Scar. I was a teenager and played with him at my school, De La Salle. Rock was my first love: Queen and heavy metal – Iron Maiden, AC/DC, Deep Purple, Nirvana…

– With this in mind, were you “testing” different genres before you have chosen opera?

– I wouldn’t say so, it was a progression. I like to sing, so I wanted to sing anything I could including this kind of music.

– What introduced you to opera then?

– At the age of 13 I watched The Great Caruso movie with Mario Lanza. The minute I heard this tenor I was fixed immediately. So I decided that i want to sing like that as well. And when I found my teacher, Paul Asciak, he told me: should you wish to do it, you have a world-class voice. That’s where my operatic career has begun.

Due to Malta’s position right in the centre of Mediterranean, almost all great ancient civilizations wanted to conquer it

– In order to pursue it you had to leave Malta however you keep on returning. Do you feel attached to your home island?

– It’s going to be a complicated answer… Malta’s biggest advantage is the Maltese and its biggest disadvantage is also the Maltese, at least some of them. First of all, Malta is a very special place due to its location. If Malta was a bit further to the East it would be like another Greek island, if to the West it would resemble an unimportant Italian island like Pantelleria. But due to Malta’s position right in the centre of Mediterranean, almost all great ancient civilizations wanted to conquer it being attracted to its strategic position, ideal both for military and commercial purposes. This is why Malta’s history is like of no other island of its size.

Yes, I am very attached to my island. Of course, one may find better beaches and waters elsewhere, but here we have a subtle mix of everything concentrated in a small place reachable within a few minutes… Well, not that fast anymore due to heavy traffic (gives an ironic laugh)… Malta is a concentration of thousands years of history.

The negative side which I am so, so sorry about is seeing the island being built continuously which ruins the environment completely. Say, Russia, USA or Australia have a lot of space to make mistakes but for a tiny Malta this is not the case! Some Maltese can be very selfish and all they think about is greed and short–term financial prosperity. Nothing wrong with building as such, but it is how you do it. And then comes the second issue – do we care enough about our limited environment?

– You are a cultural ambassador of Malta. What does this high mission mean to you?

– Yes, I am an official cultural ambassador of Malta. I refused the pay because I do not want to be a burden on the taxpayer. But I work practically every day trying to attract businesses to Malta. In my interviews which I give all around the world, I always refer to Malta. It might sound cliche but I truly love my country and my people. But when you do love and care about someone you inevitably get angry about certain things. It is like “good fights” in married couples. It shows they care. I take the role of the cultural ambassador of Malta extremely seriously.

– In this capacity, how would you describe cultural life in Malta at present?

– It’s improving a lot. There is no doubt that this government has done a lot for culture. Is it where it should be? No. It can be much, much more... The way forward is also to centralize in government’s hands as much cultural life as possible and to create a cultural program in advance for those who would like to travel to Malta and enjoy it.

– The biggest highlight of Malta’s 2018 cultural program is, no doubt, the V2018 project when Valletta will bear a title of the cultural capital of Europe. Part of this program is the Malta International Music Festival which yet again will attract to Malta a number of world acclaimed musicians.

– I was invited to take part in MIMF 2018 as well but, unfortunately, I already had engagements otherwise that would have been my pleasure… I am in love with Russia and I say this very seriously. I am fond of its arts, literature, music. In fact, I am studying German now but my next language to learn is going to be Russian.

– Fantastic! What is special in our language for you?

– I love Russian literature, Leo Tolstoy is one of my favourite writers. My dream is that one day I will be able to read the Russian masterpieces in the original. Equal to that is the Russian music. You have so many beautiful songs, like that (sings in Russian): “Нет, только тот, кто знал свиданья жажду…” Besides, the pronunciation of Russian language is so much like Italian, it is easy. Even in the most famous songs like (sings in Russian): “Очи черные, очи пламенные, очи жгучие…”

I recall my visit to Moscow where I also attended a baroque exhibition of Caravaggio and his followers in Pushkin’s museum. My next place to visit will be St. Petersburg.

– So, you have never been to our “Northern capital”?

– No, only five times to Moscow.

– In 2015 you performed in Moscow with Mro Konstantin Orbelian. Would you share your experience with us?

– First of all, Mro Orbelian is an incredible musician and, at the same time, he is one of the nicest people on the planet, this big warm–hearted man with a beard and a smile. I love him. And his affinity with the orchestra is phenomenal – when I was singing he was with me every bit.

– It is a total different feeling from what you feel in other cities in Europe and, of course, Malta, USA, Asia, but that’s what is nice about it. I am a big fan of the European Union and of globalization but it is smart when it helps to retain the cities and the culture of the local people. There are good things about globalization like free travel, trade etc. but it is very important that in the globalized world we all will not end up eating McDonalds if you understand what I mean.

– In April 2018 we are going to have a truly globalized music project which is MIMF 2018 we have mentioned earlier. Malta will enjoy the performances of the world class musicians such as Grigory Sokolov, Maxim Vengerov, Salvatore Accardo, Ray Chen, Andreas Ottensamer, Dmitry Sitkovetsky, Aiman Musakhodzhaeva, Lyubov Kazarnovskaya…

– I think that these kinds of events show where Malta should be. They are an incredible asset for the Maltese cultural scene and we should make sure that we will not loose this kind of events. I am a big fan of Russian tradition and Russian school. Be it instrumental, or in conducting, or in ballet – this is one of the oldest and one of the strictest schools in the world. Аll the names you have mentioned and the people involved are all very serious. I know most of them and in fact I once performed with Maxim Vengerov.

– Yes, this puts Malta on the world cultural map. I personally was involved for two long years in negotiations when I was trying to convince people in Malta who should make it easier for an orchestra from Amsterdam, one of the best in the world, to perform in Malta. It will be coming to Malta next year for V2018 and I am proud that I was involved. Apart from it, the concerts of the top musicians like Maxim Vengerov and Konstantin Orbelian are very important for Malta as they puts Malta on the map and help to influence the local talents.

– However, it is still not easy to convince the Maltese to come and listen to great music…

– Comparing to what was in Malta 20 years ago there is a huge improvement. But there are still a lot of things to be done, not least the education of the general public and the young children. If you do not cover these issues in education you will never see the results. 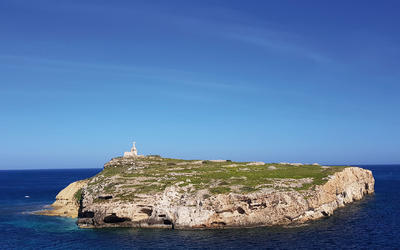 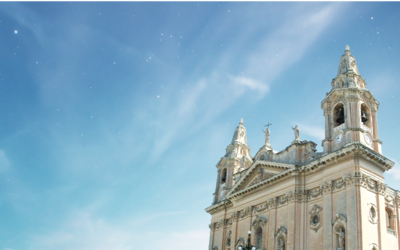 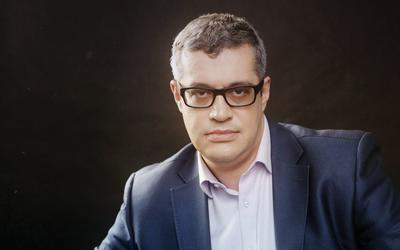 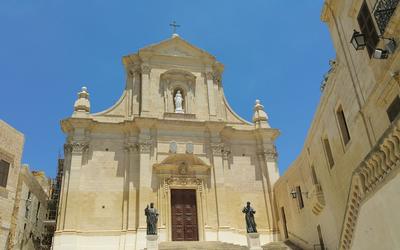 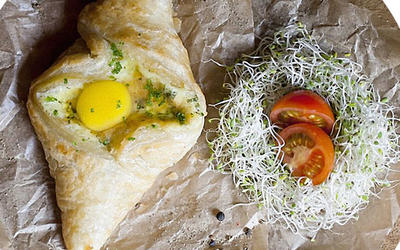 What people say about the VI Malta International Music Festival

From the 15th of April till the 1st of May, Malta was welcoming participants and guests of the sixth Malta International Music Festival organized by the European Foundation for Support of Culture. 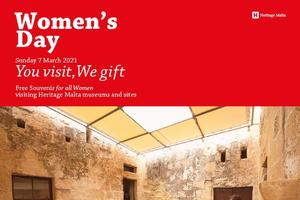 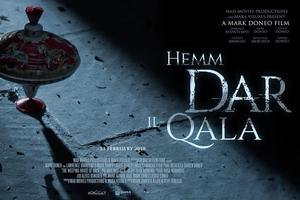 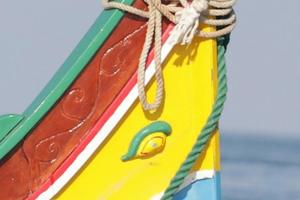 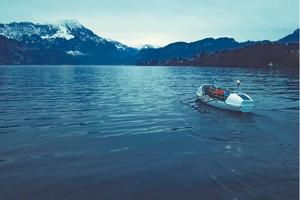