Leading from the Front: In Conversation with Cellist & Conductor Dmitry Yablonsky 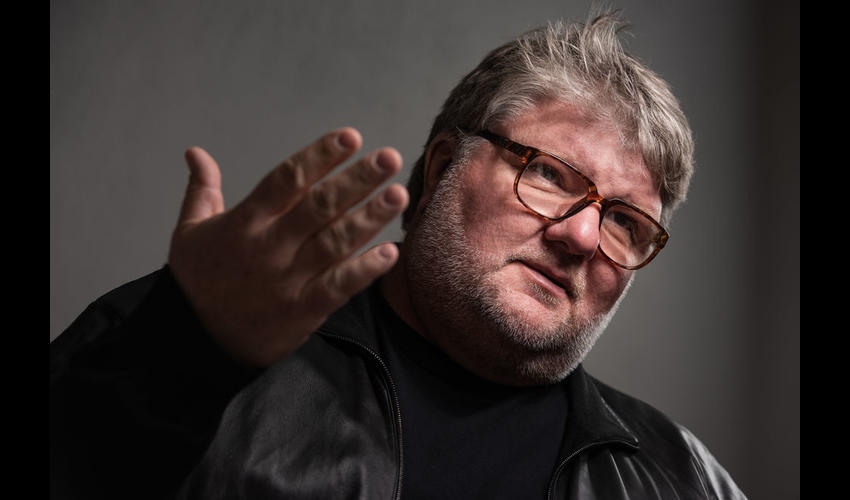 Dmitry Yablonsky is a world-renowned cellist and conductor whose stellar career has seen him perform at the world’s most prestigious concert halls including Carnegie Hall, La Scala, Moscow Great Hall, St. Petersburg Philharmonic Hall, Taiwan National Hall, Theatre Champs Elysees and Tokyo Opera City Hall, and record extensively for labels including Naxos and Erato/Warner. He was nominated for a Grammy award in 2007 and since 2016 has held a teaching post at Buchmann-Mehta School of Music at Tel Aviv University, as well as being recently named Head of International Relations at the same institution .

Son of famed pianist, Oxana Yablonskaya, Dmitry was born in Russia in 1962, taking up the cello at the age of five. He began his studies in Moscow at the Central Music School for Gifted Children, his early experiences in the USSR followed by a move to New York in 1977 where he studied at the  Curtis Institute of Music and The Juilliard School, later graduating from Yale University.

He is Artistic Director of Gabala Festival in Azerbaijan, Music Director of Kiev Virtuosi and Conductor Laureate of Jerusalem Symphony Orchestra, and has served on a number of jury panels for various competitions around the world.

I spoke to Dmitry about his career, Malta and French cooking...

Dmitry, hello and thank you for taking the time to speak with us. Firstly, might you be able to tell me a little about your early experiences in music? – I read that you had your first orchestral concerto experience at the young age of just nine years old in fact! Do you remember how you felt then, and having enjoyed such a prolific career since do you still feel the same sense of excitement when you perform?

Yes, I’ve always found live performance exciting and still enjoy it immensely. I certainly don’t take it for granted, especially right now! At the age of five I was enrolled at the prestigious Central Music School in Moscow, and when I was nine I played my first concerto as you’ve mentioned – Haydn’s Cello Concerto. The performance was in a city named Kuybyshev (now Samara), which is on the banks of the Volga river south-east of Moscow. We travelled there from Moscow and spent the weekend there so we could make a weekend of it. In fact when I was young my mother would always make the effort to turn each performance day into a special occasion – a celebration. We would have a ‘performance breakfast’ for example, and make sure that we enjoyed the day as much as possible. This hasn’t changed for me though of course my experiences have grown and changed since then.

You enjoy a prolific career as a cellist and conductor. What would you say has been a particularly memorable or significant experience in your career so far?

Well I’ve been very lucky as there are so many to choose from, but four certainly spring to mind that I can mention: Firstly my Carnegie Hall debut in 1990 – I was just 28 years old then and it was very significant to me. In 2000 I conducted my first concert at Menton Festival with Montserrat Caballé which again was a really big moment. Definitely I would say that the first time performing in a trio with Vadim Repin & Boris Berezovsky at La Scala, also in 2000, was a fantastic experience – they’re such great musicians and the concert was very enjoyable. And finally, the first time I conducted the Royal Philharmonic Orchestra. What an experience! But really I’ve had a lot of good fortune in my career, for example being given the opportunity to have made over 80 recordings for Naxos, both as a conductor and cellist. And of course, I look forward to many more years of music-making!

What first drew you to conducting and how does the musical experience compare to that of a soloist for example? – do you find that you possibly have more artistic control for example, even without an instrument (in the strictest sense) in your hands?

Well, in some ways I find that the more I conduct these days the more I yearn to play the cello – it’s a matter of balance. My route into conducting was actually very organic, and I feel lucky that it came to me quite naturally. I was in Italy at the time, in Camerino, a beautiful town in the central-eastern part of the country. The conductor booked for the performance had to cancel at the last moment so I stepped in and everything sort of led from there really. Since then I have conducted very regularly all over the world in various concerts and with different orchestras. The main thing for me is the musical aspect when conducting, the expression of the music. I don’t relish the ‘power trip’ side to it, in fact I find that facet of conducting quite distasteful really, and at my height I certainly don’t have a ‘Napoleon Complex’! 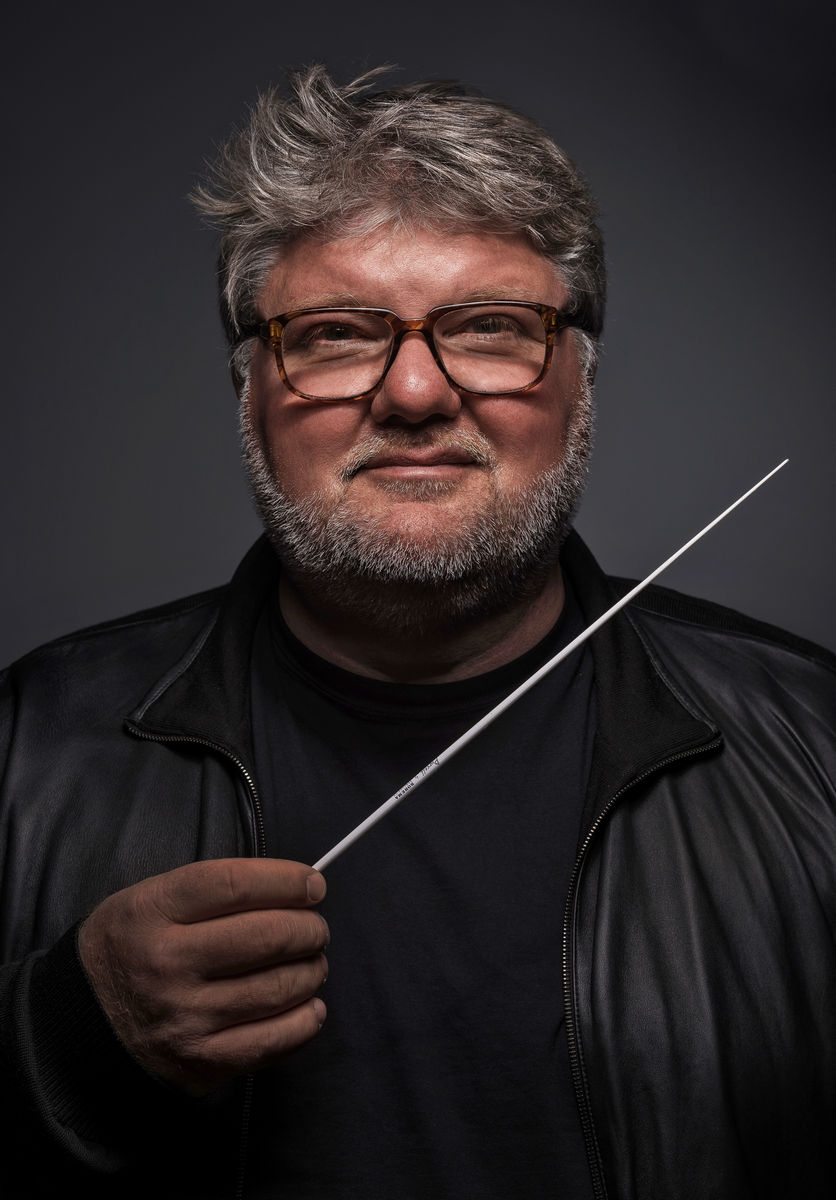 You have of course collaborated with the European Foundation for Support of Culture (EUFSC) on more than one occasion, including tours to Ukraine and Latin America conducting the Kyiv Virtuosi Symphony Orchestra and more recently your work as part of the ‘Wandering Music Stars’ Israel Music Festiva. Would you mind speaking of your experience working with the Foundation and how would you evaluate its work?

Well, I don’t wish to sound overly kind, you understand, but honestly my experiences with the Foundation have only ever been very positive. The calibre of visiting soloists featured in InClassica for example, the orchestras and conductors invited to play and the sheer scope of the Festival all say a lot about the quality of the work done by the European Foundation and its President Konstantin Ishkhanov, and I’m very happy to be collaborating with them.

On the subject of the InClassica Festival, something which is perhaps quite unique is how many orchestras will be playing, rather than having one resident orchestra for example. What are your thoughts on this?

I think it’s a great thing, absolutely! Firstly it is something very unique and actually very ambitious, and really adds to the diversity of the festival. Secondly, by inviting orchestras from different countries it provides additional benefit to audiences in terms of the varying textures created by different orchestras, the different approaches employed etc...essentially the opportunity to ‘travel around the world’ while at the festival! So yes I think it all adds to the diversity of InClassica and is certainly something very special in the festival world.

Malta is a beautiful island nested in the heart of the Mediterranean, and indeed, often music festivals are located in areas of natural or architectural beauty. Do you think choosing to hold festivals in these sorts of locations perhaps provides a unique source of inspiration for the performers and attendees?

Yes I think that’s very true and certainly I find Malta very inspiring. The festival in 2021 will actually be my second here in Malta with the EUFSC, my first being in 2019 when I conducted the Malta Philharmonic Orchestra with Andrei Ioniță. I had very little idea of what to expect, no preconceptions really though of course I knew of its history and about the impacts various other nations had made on the island. Now that I know the island more intimately I can honestly say that for me it is something entirely unique, and in a very wonderful way. Although it is a synthesis of many different cultural influences – for example Italian, French, Arabic, British etc – it is actually very unique and has a very strong identity of its own. It is also very different to other islands in the Mediterranean such as Corsica and Sicily. The legacy left by the influence of other powers on the island is evident, but does not define it. I am personally very interested in architecture for example, and Malta has a wealth of architectural treasures to appreciate with elements from a vast array of styles. You know, it’s interesting that when people speak of events or organisations visiting their home country or area they often act almost surprised, asking essentially “why here?”. Well, in the case of Malta I would say “why not here?” – it is a paradise in many ways, a beautiful country and a fantastic place to enjoy music.

InClassica welcomes back Alexey Shor as its Composer-In-Residence, a contemporary composer known for writing music of a more traditionally tonal nature than many of his contemporaries. As a conductor and a cellist, how does his music affect your approach, the music being modern yet in a tonal, more traditional idiom?

I’ve had the pleasure of conducting works by Alexey Shor on several occasions, including for recordings of Travel Notebook and Seascapes, and the thing that always stands out for me is the number of different ways it is possible to interpret his works. His compositions grant a lot of creative freedom to the performer, which is partly due to his works being more tonal in their harmonic language than a lot of other contemporary pieces as noted. They’re also very enjoyable to perform and listen to, something that has been expressed to me by a number of musicians I’ve worked with. There is also an element of humour to his works, sometimes expressed through a playful phrase or lighthearted pastiche for example. This too creates a very interactive and engaging element to the music. I often think that cooking can act as an effective comparison to music: there is nouvelle cuisine for example, a very complex style of cooking that views the culinary pursuit almost like alchemy, or chemistry. I remember once I was lucky enough to have a meal prepared for me by the top chef in France at the time, and of course I expected some quite outlandish things! What he cooked however was quite simple in terms of the ingredients, but the dish tasted amazing! It was the way he used the ingredients, and I think the same is true for music.

The InClassica Festival, Malta Classical Music Academy and ‘Classic Piano’ International Piano Competition are significant cultural fixtures for Malta that arguably promote its reputation as a growing centre for classical music in Europe. What is your opinion on this and how do you evaluate this evolution in Malta’s classical cultural development?

I think these are all very significant developments absolutely, but actually I think it would be more accurate to say that these promote Malta’s reputation as a growing centre for classical music globally, rather than on just a European level. Malta should be very proud of its place on the global cultural landscape, which thanks to events like InClassica continues to gain traction and visibility. I’m very excited to see how this will develop and I hope to continue my association with Konstantin Ishkhanov and the EUFSC for a long time to come. 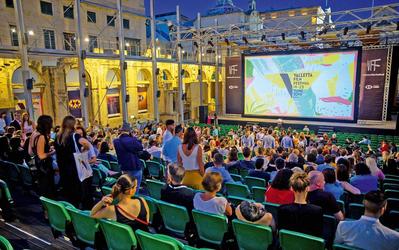 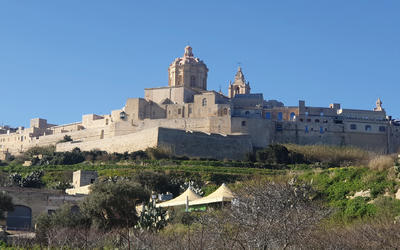 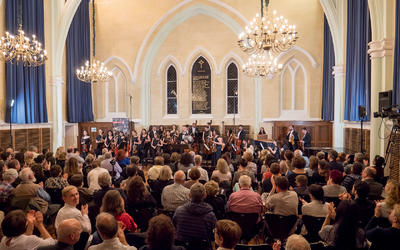 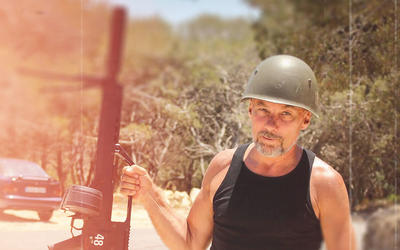 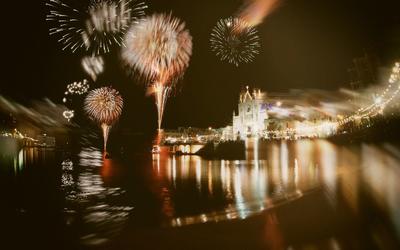 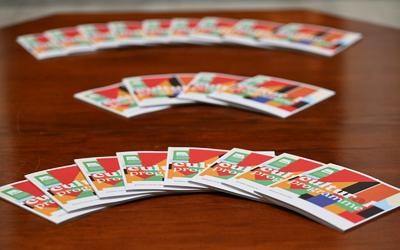