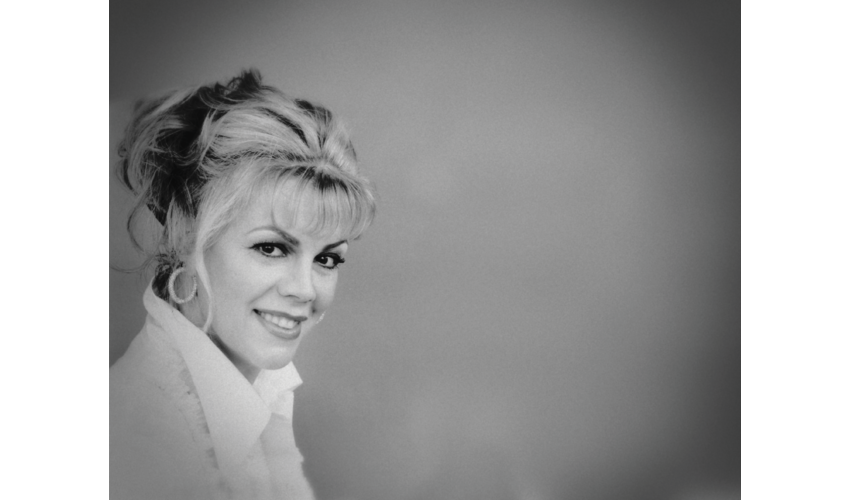 The Astana vocalists competition – part of the 1st Eurasian Music Games – boasted an outstanding jury graced the with presence of the charming Lyuba Kazarnovskaya.

We did not manage to arrange a face-to-face meeting, so we had a question-and-answer conversation on a Sunday evening… But I could feel her sunny, bigger-than-life temperament even at a distance.

– Lyuba, judging by your numerous interviews, you are a very cheerful and lucky person and it is equally interesting to talk with you about the eternal as well as the mundane. How do you manage to find a balance between your life in art and art in your life?

– I don’t think there are any big secrets here. I go through my life with pleasure and joy and find something interesting in the mundane; I constantly learn and discover something new for myself – cities, countries, people…

And it is such discoveries that I like my profession for, opportunities to ‘fly to other universes’, be in harmony with music and poetry. It elevates above the temporal and gives wings to your Soul. What can be more beautiful… And everyday problems recede somewhere and get resolved in an easier and calmer way when you are charged with positive energy.

– Opera is a special kind of art – in addition to virtuoso vocal mastery one has to be an actor as well. Watching even the professional musicians at the Malta festivals, we noted that some of them lacked natural artistry regardless of how impeccable and emotional their performances were. How important is this gift for an opera singer? Or is it something one can learn and the main thing is vocal mastery? Or maybe opera as an art is not so much about vocalism and acting but rather about something else?

– Opera is truly a kind of art that is impossible without a combination of such components as the voice, acting talent, movement, physical appearance and intellectuality. We would say that he is an all-round opera singer about such an artist. It is an ideal, of course, Fyodor Chaliapin and Maria Callas were ones.

Today, in the age of enormous PR stunts and hype, the mass media outlets create legends about performers declaring them superstars, but who are, in fact, just good craftsmen. It should be someone of a special ‘actor’ breed who has wit and finesse – that’s what makes one a Phenomenon! Precisely such people become ‘cultural prodigies’ – that’s how Frantz Liszt referred to prima donna Pauline Viardot.

It’s a pity that critics discuss one’s vocal performance and some general things about stage behaviour, but simply forget about the shaping of a character, the life of the Spirit and plasticity. But it is precisely what acting and vocal authenticity of the character is about. On the whole, the concert stage is something special – within a few minutes you have to portray an entire life and fate of one and sometimes more characters… That’s what made Chaliapin so great – both in operas and concerts, for he did not just sing but lived through musical scores; he didn’t just try to strike impressive poses but tore his own heart and soul out; he didn’t just leave a pleasant aftertaste that was soon forgotten but elevated the public to the skies. 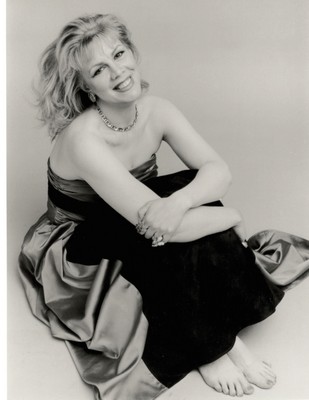 – Your opera parts list is very impressive. It is easier perhaps to name the ones you have not performed. Which of them have become fateful and which have become your favourites? Which characters do you feel an internal affinity with? Does living their fates on the stage help answer some questions in your own life?

– Tatiana’s part in Eugene Onegin has become fateful. I joined Stanislavsky Music Theatre with this part when I was still a student, and it was my debut part at the Metropolitan Opera, the Toronto Opera and the Royal Opera House, Covent Garden. It turned into a great success for me and not by chance. My pedagogue – the legendary Nadezda Malysheva-Vinogradova was an accompanist at the opera studio Stanislavsky directed and she worked with the great master. She was also Chaliapin’s accompanist at concerts. And the vocal score she used in our work had Stanislavsky’s notes for the actors and the layout of the stage settings, all the nuances and details of the main characters’ acting. It was fantastic! So we have ‘sweated through’ the singing and drama delivery of my Tatiana in all details. I adore her!

And among my favourite parts are those with individualities and striking personality traits. Salome, Violetta in la Traviata. Tosca. Medea. Carmen… And Salome’s part has also become fateful. How I worked at it, how it grew through me, how I was afraid of it, both emotionally and vocally, and how I overcame all this – it is a novel in its own right. But the pleasure I got from the part and the success that accompanied it – all this is such a joy and happiness I cannot describe.

Malta, located at the crossroads between East and West, has always been a most interesting place to apply one’s potential in the spiritual sphere

And of course, Manon Lescaut in Puccini’s masterpiece is a genius part, the fatality of her destiny penetrates the depths of your Soul…And the music – my God, there is so much melodrama and depths of emotion in it. And Fevronia in the Tale of the Invisible City of Kitezh by Rimsky-Korsakov – I debuted with this part at the Bolshoi theatre with the great conductor Evgeny Svetlanov – there is so much purity and light in it, a deeply religious Soul…

Tatiana’s character and the entire Eugene Onegin novel is truly an encyclopedia of the Russian soul, a sample of woman’s devotion, purity, personal integrity devoid of any pettiness and cheap pretension. So; if you want to purge your soul, read Onegin, the scenes with Tatiana, they are like prayers. But I would not want to live the fates of Salome or Manon. They walked along the knife-edge, those femmes fatales… Acting such parts on the stage is a true delight… 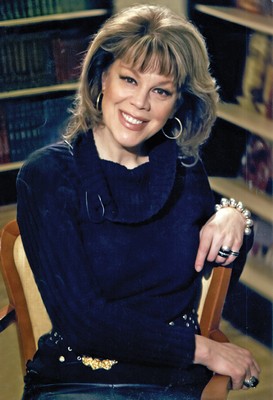 – It’s amazing that you find time and, what’s more important, creative energies to take part in various musical projects and at the same time be on the juries of popular TV shows as well as classical music competitions. You were a jury member at the 1st Eurasian Music Games recently held in Astana. What are your impressions of the competition and the participants, and of the amazing country – Kazakhstan, after all?

– The Spitting Image Contest has won the public’s interest not only because of the participants, but to a great extent, thanks to its jury. For its marks and assessments created a certain enlightenment platform, moving the contest from an entertaining to different – educational plane.

We discuss the times and epochs and it is exactly this particular information the viewers often thank us for. We talk about people’s fortunes, the performing arts history, the specifics of various time periods…

Academic vocalists’ competitions identify young talents who you can help to ‘launch a career’; take them by the hand and initiate into the complex world of classical music – through participation in master classes, presentations in international projects and offer shared advice based on the vast experience of performing on the high-profile stages. It is very exciting.

The competition and 1st Eurasian Games festival in Astana were arranged brilliantly. They have become still one more proof that the European Foundation for Support of Culture is among the most important players in the international cultural space supporting and promoting young talents and providing opportunities to make music together with the grand masters. It is unbelievable and so very important.

– This competition was part of the unique musical competition programme 11 Ways to Malta. It was initiated and is now implemented by the European Foundation for Support of Culture. What, in your opinion, is the niche of this competition in the cultural life of Kazakhstan? How does it contribute to finding and promoting young talents not only in Kazakhstan but in other countries where the contestants come from?

– I am sure the competition and the festival have become a significant event in Kazakhstan in spite of its highly active cultural life. I was overwhelmed by the halls’ acoustics, the quality of the instruments and the attitude of the people to the events… Astana has changed beyond recognition. First of all, thanks to the attitude of President Nazarbayev and his care about the quality of everything happening in the country. The competition has also demonstrated the high caliber of the Kazakh singers and musicians. We heard magnificent voices and the first prize went to a Kazakh baritone.

That’s what made Chaliapin so great – both in operas and concerts, for he did not just sing but lived through musical scores; he didn’t just try to strike impressive poses but tore his own heart and soul out; he didn’t just leave a pleasant aftertaste that was soon forgotten but elevated the public to the skies.

– Sometimes one can observe strange bonding and even such dissimilar countries like Kazakhstan and Malta, for example, turn out to have a bond and a very strong one at that – a cultural one. That’s what seems to be happening thanks to the 11 Ways to Malta programme. Was the island of Knights part of your life’s geography before this cultural event?

– You know, this bonding does not strike me as strange – culture knows no borders. And the Eurasian space is today a most important, huge part of the cultural space; it merges the European and Asian traditions into a powerful flow of exciting and highly creative ideas, projects, blends of Oriental meditativeness and the heights of the European culture in music, painting, the theatre et cetera. That’s why Malta, located at the crossroads between East and West, has always been a most interesting place to apply one’s potential in the spiritual sphere. In my opinion, promoting traditions of the Eurasian culture will be one of the most important discussion points at the heads of states meetings in Malta whose capital has become the cultural capital of Europe in 2018.

We were in Malta as tourists and our son attended an English summer school. We admired the architectural monuments, the beauty of the landscape and the quality of the services. We hope to collaborate with the European Fund for Support of Culture and have already mapped some most interesting plans. The response to our ideas has been favourable and I believe we’ll be able, through our joint efforts, to make Malta’s creative life ever more interesting.

– Music by a Maltese composer was played at the competition. Did you hear anything ‘Mediterranean’ in it? Or perhaps, music has no nationality.

– Music by Alexander Shor – a Maltese of Russian descent was a compulsory part of the competition. It is wonderfully melodic, it is all singable and you don’t need to strain your voice by strange intervals, complex non-singable intonations and soon-forgotten melodies. It is beautiful. It has tenderness and lyricism, tears and smiles, the sun and the moon…Shor’s instrumental music is interesting and unusual. For example, the idea of Schubertango and the Piece for violin and piano was wonderful…

– After the competition in Kazakhstan, have any plans connected with Malta appeared, perhaps some joint projects with the European Foundation for Support of Culture and Alexei Shor?

– We have agreed to record a disc with Alexei because I could hear a kind of echo of my Soul in his compositions… I’d like to do it in a really beautiful way. 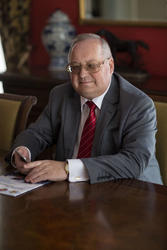 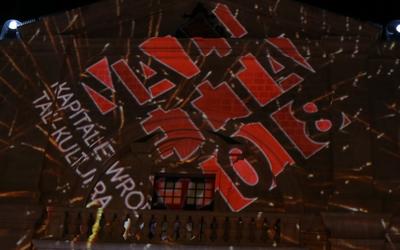 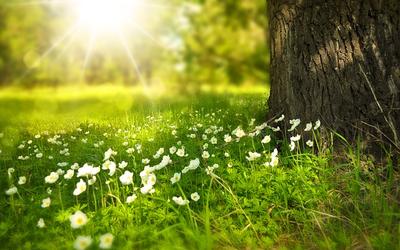 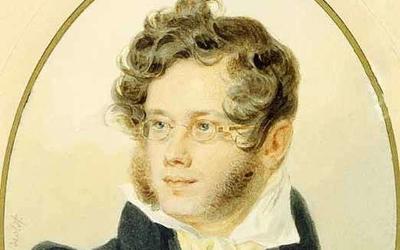 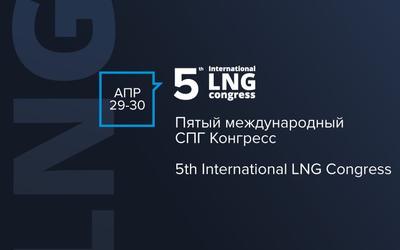 5th International LNG Congress has just ended on Malta. This year the Congress has been busier than ever: in addition to the business part, it also provided cultural and technical activities to its delegates.